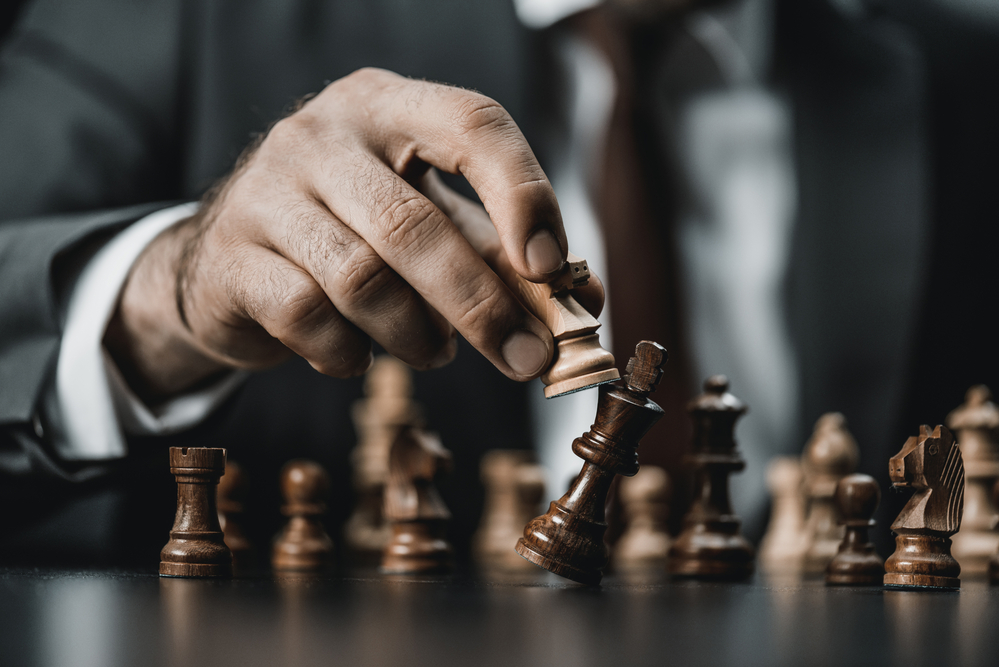 What Separates an Intelligent Leader from The Rest?

Being an intelligent leader isn’t about having a degree from an Ivy League college, an MBA, or a PhD. It’s not about how many years of experience you’ve booked in the industry you’re in or even at your current company. It’s not about your technical skills, your eloquence, or even your IQ score. If you’ve benefitted from any of these things, they’ve likely helped to open doors for you, but as an intelligent leader, there’s something else that sets you apart—something else that is working to keep you in the room once the door has opened.

What is Intelligent Leadership?

There are many different definitions of leadership. See if you can spot what each of these definitions have in common:

All of these definitions center around one thing: other people. If the core of leadership is a focus on and a championship of other people, then intelligent leadership must require something that is often overlooked: people skills.

Some people seem to be born with fantastic people skills, and those individuals certainly have a leg up in life and in leadership. But most intelligent leaders have honed their people skills over time, recognizing exactly what it takes to be the kind of leader who people will admire, and the type of leader that others believe in and want to follow. Consider the famously loved and adored President John F. Kennedy, for example, who is perhaps one of the greatest leaders of our time. No one could argue that JFK lacked people skills, or even that he had a natural ability, a talent, for relating to Americans.

Would it shock you to learn that JFK received a “C” in his 1937 college public speaking class? He would go on to deliver the speech that everyone will remember forever: “Ask not what your country can do for you; ask what you can do for your country” as part of his inaugural address. JFK developed his social skills over time and with concerted effort, and there is no reason to believe that any leader could not do the same.

Here are the four areas you can focus on when transforming yourself into a more intelligent leader:

Compassion is defined as the desire and ability to be kind to other people. A compassionate leader treats all of their coworkers and employees with kindness, seeing them as bright individuals with great ideas inside of them. This type of leader encourages others to share their visions and play to their strengths. Highlighting the strengths of others (rather than pointing out their weaknesses) is a great step toward being a compassionate leader.

Empathy is the ability to put oneself in the shoes of another person and truly understand their point of view. Empathy is passive, working always in the background of your thoughts, and coming out in a leader’s actions. With this definition of empathy, you can see how the quality would help you avoid and resolve conflicts with and amongst others. While humans may never be able to read minds, understanding the way someone feels about a situation and why—empathy, in other words—is the closest we can get.

Harvard Business School defines emotional intelligence as “the ability to understand and manage your own emotions, as well as recognize and influence the emotions of those around you.” Emotional intelligence is characterized by self-awareness, self-management, social awareness, and relationship management. Understanding your own abilities and emotions helps you evaluate your own point of view and compare it to those of others, an absolutely necessary skill that a great leader must possess.

Intelligent leaders don’t let their emotions get the best of them: they understand that positivity, not anger, hatred, or fear, is the best motivator. Your positive attitude as a leader is contagious, and it reverberates throughout your organization. It creates resilience within your company, a quality that shines from the inside out and can carry businesses through the worst downturns. Intelligent leaders can begin to practice positivity by celebrating the successes of their employees and coworkers and focusing on strategic problem-solving without resorting to frustration.

ILEC, Inc. is in the business of changing the world, one leader and one coach at a time. If you’d like to learn more about what it takes to develop intelligent leadership in your organization, reach out to us to learn more.